Caring for Romania’s most defenceless 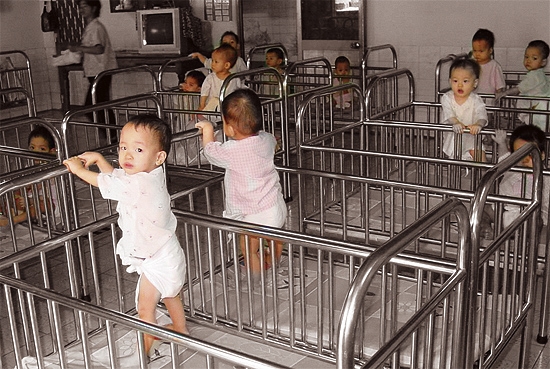 The world was shocked by the orphanages after the fall of the Ceausescu regime 20 years ago.  But for one woman from Norfolk, giving funds wasn’t enough – she set out on a journey that has changed not only her own life, but that of thousands of Romanian children. Joanna Moorhead reports.

It was an image that came to define a revolution: two decades ago, in the wake of the downfall of Nicolae Ceausescu in Romania, the west reeled at the sight of thousands of starving and neglected children, forgotten by one of the most tyrannical of the communist regimes and left to suffer in appallingly-run orphanages.

With Ceausescu and his wife Elena gone (they were executed in a huge popular overthrow of communist rule at the end of 1989) the hope had to be that these orphanages would become a thing of the past, and that childhood in Romania – even for the most disadvantaged youngsters – could be a great deal more humane.

But is it? And if it is, how did change happen? After all, the new Romanian government had a huge task on its hands as it struggled to establish itself in the years after the Ceausescus: caring for the abandoned children of the poorest of the poor (which is who the orphanages looked after) was among many issues fighting for priority.

The answer to the question is: the orphanages have improved (though there is still a great deal to be done). And one of the leading figures behind all that has happened in Romanian orphanages over the last 20 years is a former nurse from Norfolk who – shocked, like the rest of the world, by those images of orphans – decided to get on a plane and do something about it.

At the time of the Ceaucescu overthrow, Jane Nicholson was working for Sue Ryder Care, which provides residential care, home care and hospice services. Like everyone else, she gasped in horror at the TV pictures of the orphans in their filthy, overcrowded conditions… but unlike everyone else, she decided she had to do more than simply give money. ‘It was just so awful,’ she remembers. ‘I thought: we’ve got to do something.’

A few months later, Jane was on her way to the north of Romania to see the situation for herself. ‘I stayed in a monastery in a village, in an area that had had very few western visitors. Things there were desperate. ‘What I found was a country with around 350,000 children in state orphanages. Those places broke the family bond – many of the children still had families, but they had been abandoned.

What I found was a country with around 350,000 children in state orphanages
‘These institutions were dreadful. Many had no sanitation; there was nothing to eat except soup; and it was so cold that some children had frostbite.’

Nor was there anything for the youngsters to do. ‘They used to sit, all day, at tables with sticks. They had hardly anything there: no pencils, no books. The children had been so neglected that they didn’t even know what a mother or a father was. To make matters even worse, they all had their heads shaved, to prevent lice.

‘They had nothing, no possessions of their own – nothing to give them an identity. And in turn they felt they didn’t deserve anything.’ Not surprisingly, says Jane, there were many mental health problems. ‘Some young people were quite violent, and there was a lot of disturbing behaviour,’ she says.

Jane did what she could to help. ‘I held clinics each morning, gave advice and support, did what I could,’ she remembers. And then the time came to return home: but she couldn’t, she says, just walk away. ‘I couldn’t just get on a plane, go home, turn my back on them, forget what I’d seen. I had to find a way to help these people.’

Jane had been surprised, and much impressed, by the intensity of faith among the Romanian people: and alongside that, her own faith began to grow. ‘When I stayed in the Romanian village it was the Orthodox Easter, and I noticed how devout people were,’ she says. ‘They were so poor, and they had been through so much, they had been so brutally treated… but they had a great love of God and I found that immensely moving.’

Jane went through her own conversion experience. ‘I went to Medjugorje, and I came back feeling that I should become a Catholic – it felt right.’ She was received into the Church in the Slipper Chapel at Walsingham on the feast of Our Lady of Mount Carmel – and in the years since, she has become a secular member of the Carmelite order.

Alongside becoming a Catholic, Jane founded a charity that was to help transform the lives of thousands of Romanian children: ‘Fara’, which is the Romanian word for ‘nothing’. ‘Our remit, right from the start, has been for children without a family, without a home,’ she says. ‘What we have done is to set up places that are quite different from the institutions the Romanians were used to – they’re not orphanages, they’re real homes. I felt very strongly that it was only by giving the children a taste of a real home, where they would be cared for and cared about, that they could move on and become adults who could participate properly in society.’

The children had been so neglected that they didn’t even know what a mother or a father wasEverything about the Fara homes was an extraordinary struggle, but Jane took up her plans with gusto. ‘We had to raise the money, we had to build the homes, we had to find the right staff, we had to make sure we could sustain the homes once they were built.’

The first Fara home was in a town called Suceava, with space for 16 children. But providing for the children’s emotional and physical needs in Romania was only part of the story: alongside doing that, Jane established a chain of charity shops in the UK to provide ongoing funding for the homes. ‘We had to know that their lives would be secure, in every way,’ she explains. ‘After all they had been through, it was the least they deserved.’

To the first hom

e – St Nicholas’s – a second, St Gabriel’s, has now been added, in Bucharest. In both homes, the children have been taken from the worst state institutions, and are often among the most badly damaged in the Romanian system. ‘What we aim to provide,’ says Jane, ‘is love, individual support, and also healthcare, healthy nutrition, and education.’

Fara homes go a long way to help the children – but beyond school, many will continue to have problems finding work. Which is why, eight years ago, the charity established an organic farm. ‘Young people come to live there, and they’re taught a skill,’ explains Jane. ‘It might be horticulture or it might be catering or something else… but whatever it is, it provides them with something they can use to get a job, and they to support themselves.’

The idea for the farm came from Fara’s top patron… the Prince of Wales. ‘I knew him through my job at Sue Ryder,’ explains Jane. ‘And when I got the chance, I told him about what I was doing in Romania, and asked him if he’d be the patron.’ The Prince, who owns a house in Romania and is a huge fan of the unspoiled and relaxed pace of life there, agreed wholeheartedly – and he’s since supported Fara in various ways, including visiting one of its homes.

But high-profile support, valuable though it is, doesn’t solve every problem. Right now Jane is fighting hard for funds that are earmarked for children’s services in Romania to go to where they can do most good: her worry, she explains, is that much of the money the EU wants to send to children in need is being diverted elsewhere. Romania, she explains, is a complicated country – and it will take every ounce of her energy to drive the changes through the EU to ensure that Romanian children don’t miss out.

The path ahead sounds unbelievably daunting: but, 20 years after she saw Ceausescu’s most defenceless victims on her TV screen, it’s clear Jane is far from giving up.

More information on Fara at: www.faracharity.org

« St Teresa Benedicta of the Cross
Passionate for Christ »