Welcoming Women Off the Street 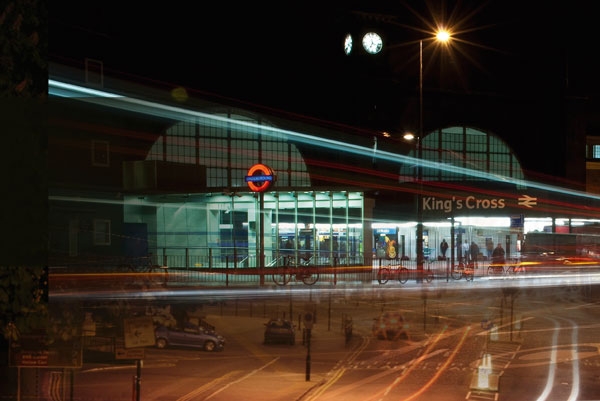 In the heart of one of London’s most notorious red light districts, a nun has set up a refuge for prostitutes, to help them come off ‘the game’.  Joanna Moorhead went to meet her.

It’s a weekday lunchtime in a cafe a stone’s throw from King’s Cross station in London, and a group of women in their 20s and 30s are sitting with coffees and sandwiches, laughing and joking with another woman who’s stopped at their table for a chat.  The mood is light-hearted and fun.

You’d be hard-pressed to believe it, but the people you’re watching are street prostitutes: and the person they’re chatting to is a nun.

In many ways, of course, why would you know: prostitutes don’t look any different from any other women, and nuns who don’t wear a habit – as this one doesn’t – are indistinguishable too.  But it’s not only the work they do that makes this group surprising: it’s their setting as well.  Because this cafe – which is, incidentally, a man-free zone – is a very calm, very relaxed environment.  And that, says Sister Lynda Dearlove, the nun who set up this project for women involved in street prostitution, is exactly why it’s such an important place for the women who use it.

‘The thing you’ve got to realise,’ says Sister Lynda a few minutes later, as we talk in a meeting room upstairs, ‘is that the women who use this place have had totally chaotic lives.  They haven’t had stable homes, they haven’t had two parents, most of them haven’t anywhere near completed their education.  Their lives have been in a state of chaos and flux since childhood, and many of them got involved in street prostitution at the age of 15 or even younger.’

What they need, in a nutshell, is a home and a family and people who care about them – and that, more than anything, is what I felt I wanted to provide.Helping these women get out of street prostitution is what Sister Lynda has dedicated the last few years of her life to.  Raised in Middlesbrough, she became a Sister of Mercy at the age of 25 (just 25 years ago)  and worked as a school chaplain before training as a social worker.  She then spent several years working for the charity Providence Row – and became more and more aware, she says, of the special needs of women who were involved in street prostitution, and the fact that their needs weren’t being properly met.

‘What I could see,’ she explains, ‘is that these women were being denied the access to basic services, they were unable to find their way through the maze of benefits and support on offer.  They’re people who are up against it in ways most of us have never been up against it, and then on top of that they’re presented with this hugely confusing world of benefits and legal issues, and very often they can’t begin to make sense of it.

‘What they need, in a nutshell, is a home and a family and people who care about them – and that, more than anything, is what I felt I wanted to provide.’

Sister Lynda – who was made an MBE in last year’s New Year’s Honours’ list, and was recently awarded an International Women of Courage award by the US –  realised that King’s Cross was a good place to locate her refuge – ‘prostitution has become less visible in this area over the last five years, but believe me there’s still plenty of it happening,’ she explains – and after a long search, she found her ideal building – a former hotel down the road from the railway station.

She named the building ‘Women@theWell’ because, she says, the Gospel story where Christ meets the woman at the well encompasses the sort of approach she hopes her project will put into action.  ‘In that story Jesus deals with the woman in a way that is both non-judgemental and allows her to move on with her life in a way that is both accepting and empowering,’ she says.  ‘That’s exactly what I’d hope of Women@theWell.’

The building itself is quite a grand one – some of the renovations they’ve made, Sister Lynda explains, have been shaped by the need not to damage original Georgian features – and there’s a rabbit warren of small rooms that have been turned into reflexology rooms, counselling rooms, computer rooms, shower rooms and stores where women can come to collect toiletries, nightwear, shoes and clothes.  ‘Some of the women here have virtually nothing.  If they need to go into hospital, for example, they have to come here for nightwear because they don’t possess any.  You really are talking about a very high level of need.

‘And for a lot of women, the first thing they want is a long, hot shower.  Many of them live in surroundings where it’s very difficult to have a hot shower…the needs are often very simple, but they’re much-appreciated.’

The clothing and shoes in the store are donated by London parishes – and, says Lynda, she’s grateful for every cast-off item she can get.  She’s hoping, too, for even more support in the future.  In the three years since Women@thewell opened its doors, hundreds of women have used its facilities – in the first three months of this year alone, she says, more than 140 women came through its doors, with 52 of them new users.  What’s more, many of the women who come here don’t want to register – so the true user numbers are probably far higher than those recorded.

What they find at the refuge – as well as free cups of tea and sandwiches in the cafe – is not only companionship and friendship, and not only clothes and reflexology and counselling and hot showers, but also hope.  ‘What we want to do,’ explains Sister Lynda, ‘is help these women get a sense of their own worth.  Often, they’re people who’ve never had anything for themselves.  We try to help them find some self-esteem: we help them focus on their own abilities and needs.  Here they can learn new skills – cooking and arts and crafts for example – and they can have a manicure and have time for acupuncture and reflexology.

‘What you realise, when you work with a group like this,’ she explains, ‘is that one minute these people are kids, under-16s who we as a society want to protect and give to…and the next minute they’ve crossed the line, become adults, and suddenly we want to criminalise them.’‘Before they can move on from the lives they’re living, they have got to start feeling good about themselves – because they’ve got to feel they’re worth the effort they need to make to build a better life for themselves.

‘That’s why, more than anything, what we’re trying to provide here is a sense of family – people who care for one another, because a lot of these women have never been cared for in their lives.’

Many of the women have had terrible crosses to bear in life, says Sister Lynda.  ‘Some have lost children; others have had children who’ve been taken into care.’

And they’ve all had more to cope with in life than most of us; and what’s more, says Sister Lynda, being ‘women of the street’ comes hard on the heels of being ‘children in need’.  ‘What you realise, when you work with a group like this,’ she explains, ‘is that one minute these people are kids, under-16s who we as a society want to protect and give to…and the next minute they’ve crossed the line, become adults, and suddenly we want to criminalise them.’

Sister Lynda realises her work is sensitive, and understands that some may find it controversial: but it is, she’s convinced, exactly what her order’s founder, Catherine McAuley, would be doing if she was alive today.  ‘Catherine opened a house for women who had been abused, and all her life she cared about vulnerable women who were exploited,’ she explains.  ‘And that’s exactly my concern today.  These women have had the odds stacked against them, right from the word go.

‘What Women@theWell can do is provide them with a holistic approach to dealing with their problems that helps them find their way out of chaos.  It’s a long and difficult journey – and often, they may have spells back in chaos, while they’re clawing their way out of it.  But being alongside them – welcoming them, giving them things that make life worth living and helping them to see that they matter too – can be the turning-point for many.’

« A Port in a Storm
Writing an Obituary – A Dying Art »