Writing an Obituary – A Dying Art 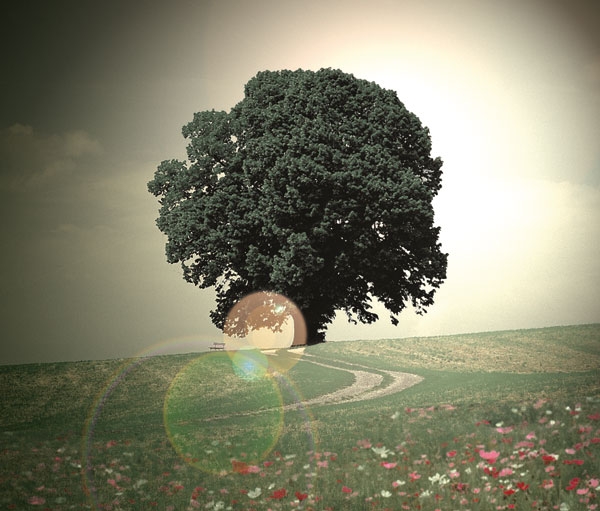 Writing an obituary for a member of our parish community has its special challenges. David Twiston Davies who retired last year as the Chief Obituary writer of the Daily Telegraph hands on some wisdom and tips.

The most remarkable literary development of the last thirty years has been the obituary. Once limited to a handful of dignified newspapers or confined to the narrow interest of specialist journals, the obituary today is a lively pen portrait to be found in the most diverse publications.

Its upbeat tone reflects the increasing recognition that death is not simply an occasion for a dour record of sin and failure to be laid before the Recording Angel; rather it is an account of a life of struggle with a unique collection of ups and downs, triumphs and tragedies, virtues and vices. This encourages our expectations of a future beyond the grave and also the recognition that everyone ­ politician, priest, parishioner or whatever ­ is a potential subject for an obit in a national publication, a Catholic paper or a parish newsletter.

And since the amateur often has the potential to do better than the few professional obituarists around, it offers a challenge which parish priests who know their flocks should take on themselves.

This statement, I realise, will hardly be welcomed by those clergy who shy away from anything that smacks of the press in the belief that good publicity will eventually lead to bad, and that even a toe dipped into the dark waters of wicked old Fleet Street will plunge to inevitable disaster. If asked to write an obit (or even to assist with the writing of one) their first reaction is likely to be the assertion that clerical colleagues, parish staff and members of congregations are not interesting enough.

Yet all individuals have unique stories full of human interest, if only we can discover them. It is worth considering that one reason people make assumptions about the godlessness of our age is that too little effort is made to show how faith not only contributes to a person’s character but percolates the community in which he lives. While Catholics do not go out of their way these days to conceal their belief they are still hesitant about proclaiming it even though we are in danger of being overlooked by an indifferent and ever more hostile secular world.

It must be admitted that many published obituaries seem to offer sparse evidence of spiritual life. But glancing through some of my recent obits I have been surprised at the variety of such evidence which can be gleaned. There was the gallant soldier who earned three Military Crosses and always said a Hail Mary before going into action; the diplomat who offered a Biblical quotation to a guard holding him up during a revolution in Fiji; the lawyer who abandoned his lifelong assumption that God was an Englishman, to become a Catholic on his deathbed; the chaplain at Wormwood Scrubs prison who was served at Mass by two prisoners known as Hammer and Sickle; and the enclosed nun who painted rabbits for a range of china sold throughout the world. All furnish examples of the faith in ordinary life which deserve to be publicised much more.

In more than thirty years of obituary writing, I have become aware how interesting people’s jobs can seem, and how what was once dismissed as being of little interest can come to fascinate later. One of my regrets is in not being given the chance to write more about an American Maryknoll bishop who, in the late 1960s, emerged from a long imprisonment in China to be bewildered at his first Mass since the Vatican Council. ‘What’s happened to the Last Gospel?’ he was heard to whisper.

Obits can bind together nations, communities, cities and parishes with their accounts of the past reminding people of what they are today. Writing them calls at various times for the skills of a biographer, historian, reporter, literary critic, novelist and moral arbiter.

‘It is an account of a life of struggle with a unique collection of ups and downs, triumphs and tragedies, virtues and vices. This encourages our expectations of a future beyond the grave…’There are rules. First, ensure that if you are proposing to submit a piece, your chosen publication is interested. Ask the editor how long a submission should be, when it would be needed and bear in mind the particular interest of his readership. Always try to mention something unusual in the first paragraph which can ignite reader interest since nobody needs to read any piece of journalism, yours included.

So don’t just recite the facts of a career. Readers like to know about a priest’s parents, where he went to school, what he did before entering a seminary and his leisure interests, such as playing for a football team. They want to know what decided him to train for the priesthood, who were his favourite saints, which were his favourite charities and how he got on with his parishioners and (his bishop). Above all garnish your accounts with any short, well-turned anecdotes.

If you are writing about a clerical contemporary it is easy to dismiss the familiar, saying to yourself, ‘Oh well, we all do that’. But outsider readers, no less than insiders, like to know how exactly people go about their jobs. They are interested in how lives were lived and how these changed. As a constant menace in any kitchen I often wonder exactly how the older generation of priests managed without housekeepers on first being confronted with the necessity of cooking for themselves.

Above all, be careful to ensure that the facts are right. There is an assumption that families of the recently deceased only desire to be left alone with their grief. But on ringing them I find they are often grateful to have the chance to discuss his life with somebody who is interested, and are always glad to prevent errors being made.

If a fact is in doubt afterwards, the safest policy is to leave it out since an error on the simplest matter can totally damn a piece in the eyes of readers. It should also be borne in mind that journalism, no less than the confessional, has room for charity while pulling up short of compromising the truth. A hint of weaknesses ­ eccentric dress, a habit of mumbling while celebrating Mass (a fault happily far less familiar today) or harking on unusual themes in sermons, will only make the dead man seem human.

‘While Our Lord was without sin the apostles he gathered around him must have seemed a rum crew to contemporaries. Judas betrayed Jesus. Peter was bumptious and constantly going over the top… We know all this because the Gospels are the work of four inspired writers who wrote the greatest obituary of all time.’After embarking on what might well have seemed the daunting task of producing a set number of words, you might find that the completed obit has run over the allotted length. So bear in mind that most articles often read better for being cut, even if taking a scalpel to one’s own prose can be painful.

The main thing is not to be put off by the prospect of recording an imperfect life, the only kind, after all, we are ever likely to encounter.

While Our Lord was without sin the apostles he gathered around him must have seemed a rum crew to contemporaries. Judas betrayed Jesus. Peter was bumptious and constantly going over the top. Thomas flatly refused to believe until he touched Jesus’s side. Others were cowardly, given to falling asleep at the wrong moment, and all were very slow learners.

We know all this because the Gospels are the work of four inspired writers who wrote the greatest obituary of all time.

« Welcoming Women Off the Street
St Teresa Benedicta of the Cross »