Living by Faith – The Letter to the Romans 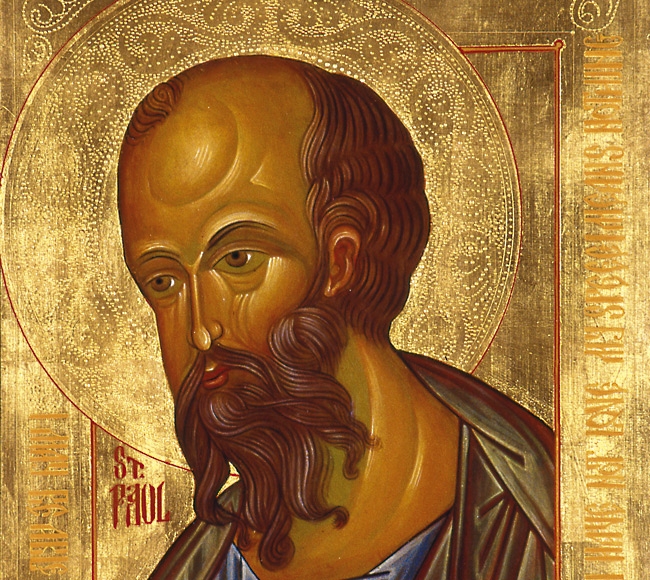 Fr Adrian Graffy is the editor of the Take and Read series published by Alive Publishing. His book on the Letter to the Romans is now available. In this article Fr Adrian considers the importance of this great epistle, and what it has to say to the Church as we approach the Year of Faith and the 50th anniversary of the Second Vatican Council.

The Year of St Paul, celebrated from June 2008 to June 2009, was an opportunity to broaden and deepen Catholic awareness of the teaching of the great Apostle. Some time before the Year began, I was asked by members of the Sion Community in Brentwood to lead a day on the teaching of St Paul. Preparation for these talks was the beginning of my writing Take and Read: the Letter to the Romans.

Romans is deservedly placed first among the letters of St Paul. While the majority of his other letters focus on issues arising in a particular local church founded by Paul, the Letter to the Romans presents the basics of Christian faith. Paul has not yet visited Rome, but the Roman church is already well established. His letter is a way of presenting himself to the Roman Christians. In it he explains to them what he preaches about Christ, the gospel as he knows it, what he calls ‘my gospel’ (16:25). It is Paul’s presentation of the good news of Jesus Christ. He addresses topics of enduring relevance to the Church of today.

The Letter to the Romans presents the basics of Christian faithRomans is a difficult letter, but it has been extremely influential. Perhaps the most serious issue raised is that of salvation. How are we saved? Paul’s answer is to present the concept of ‘justification’. The Greek word dikaiosune is also translated as ‘righteousness’ and as ‘justice’. Paul is asking how God exercises justice. The essential point is that God’s justice is not characterised by retribution, as is human justice, but rather by mercy, compassion and forgiveness.

So, how are human beings saved? What do we have to do to come to eternal life? Paul’s answer is covered by the word ‘faith’. Once again we need a definition, for faith as understood by Paul is not the acceptance of beliefs, dogmas and traditions, but rather trust in God, reliance on God’s goodness, a faith confirmed by virtuous behaviour, the living out of the commandments of love.

This comes pretty close to the heart of the Christian good news. Time and again Christians have doubted its validity. Can God really be so kind and forgiving? But Paul’s message is fully supported by the words and actions of Christ in the four gospels, the Christ who welcomes sinners and gives his life for all.

The theological theme of ‘justification by faith’ has been of immense significance in the history of theology and was one of the points of controversy at the Reformation. In recent times the dialogue between Catholics and other Christians encouraged by the Second Vatican Council has explored the theme of justification and it is becoming clear that it should no longer be an issue of division between Christians.

Having explored what God’s justification means in the first four chapters of the letter, Paul goes on to examine the consequences of justification in the life of the Christian. He compares Christ’s effect on humanity to that of Adam and shows that while Adam ushered in sin and death, Christ offers the fullness of life. Chapter 5 of Romans, in which this comparison between Adam and Christ is developed, has been very significant in the development of Christian understanding of original sin.

Chapter 8 is perhaps the finest chapter of Romans. It speaks of the new life of the Spirit which christians share through baptism. It also addresses the complexity of the human predicament in this world. Paul considers how human beings, along with the whole of creation, have been placed in a world which groans for freedom. The whole of creation has been ‘subjected to futility’, he writes in 8:20. But God will bring creation to a final destiny of glory.

Romans encourages the kind of faith which transforms people’s livesIn chapters 9-11, the least known chapters of Romans, Paul considers the situation of the Jews who have not accepted Jesus as Messiah. These chapters, neglected over the centuries, have inspired a new understanding of the Christian relationship with the Jewish people, which is spelt out in the document of the Second Vatican Council on Non-Christian Religions, known as Nostra Aetate. It was the experience of the Holocaust and other atrocities which put Jewish-Christian relations firmly on the agenda at the Council.

Rather than understanding Judaism to be defunct, and the situation of the majority of Jews who did not accept Christ as hopeless, Paul speaks of God’s fidelity to the covenants, and writes that ‘the gifts and calling of God are irrevocable’ (11:29). In Paul’s view, the unwillingness of Jews to accept Jesus of Nazareth as Messiah has had a happy consequence for the Gentiles, for in embracing faith in Christ they have attached themselves to the ancient stock of Judaism. As for the future, Paul believes that the day will come when the Jewish people will also recognise Christ, and ‘all Israel will be saved’ (11:26).

In the meantime Christian attitudes to the Jews should be guided by God’s example of love and fidelity. The teaching of the Second Vatican Council has brought about an enormous improvement in Jewish-Christian relations despite the sad events of earlier history. The teaching of the Council was developed further by Blessed John Paul II, who spoke of the Jewish people as ‘our elder brothers and sisters’. In the prayer for the Jews on Good Friday we pray that the Jewish people ‘may continue to grow in the love of his name and in faithfulness to his covenant’.

Romans speaks of a God of compassion and hope in a world which misunderstands or rejects the truth of God. Romans encourages the kind of faith which transforms people’s lives. Romans shows that Judaism and Christianity can stand together in common witness to the goodness of God.

The Year of St Paul was an opportunity to explore the teaching of this great Apostle. The Year of Faith, which is fast approaching, is an excellent time to study his finest epistle, with its momentous exploration of faith and salvation. Take and Read: the Letter to the Romans offers assistance to all those aiming to learn from this extraordinary letter.