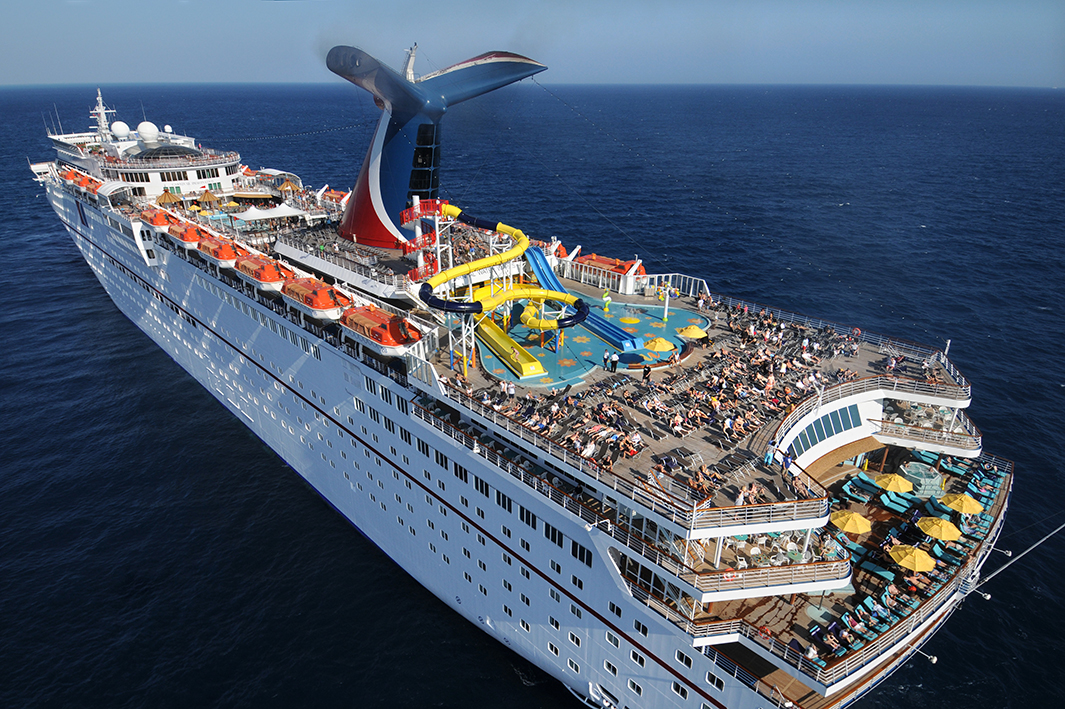 July 12 is Sea Sunday, when the Church asks us to pray for seafarers and support the work of Apostleship of the Sea, whose chaplains and ship visitors provide practical and pastoral help in ports around Britain.

Being a chaplain on a cruise ship might sound a cushy number. You can spend your days sitting in the sunshine by the swimming pool on deck, eating in restaurants, and going to a show in the evening.

But the reality is very different, as Apostleship of the Sea (AoS) cruise chaplains will tell you. And this month [July], the Church celebrates Sea Sunday, when we are asked to pray for seafarers and support the work of AoS.

At one time, cruise ships were synonymous with luxury and associated with royalty, Hollywood stars, and the super rich. This was captured in the 1997 blockbuster movie Titanic, about the sinking of the world’s biggest ship in 1912.

But nowadays many people of more modest means are opting to take a holiday on a cruise ship. According to Cruise Lines International Association, a record 23 million passengers are expected to cruise during 2015, a 4% increase on 2014. There are now nearly 1,000 cruise ports around the world. The Caribbean is the most popular destination followed by the Mediterranean.

Last year cruise company Carnival asked for a team of ten AoS cruise chaplains to work on their ships over the Christmas and New Year period. Their presence on board is recognition by Carnival of the important role chaplains play with both passengers and the crew.

Father Alan Griffin, a member of the Ordinariate of Our Lady of Walsingham in London, made his first cruise as an AoS chaplain on board the Queen Mary 2 from Southampton to the North Cape.

‘All aspects of parish life can be found at sea – the regular round of Masses and other sacraments: marriages performed by the captain, occasional deaths, sickness, pastoral emergencies and opportunities, anniversaries and celebrations,’ he said.

He added that he had a real sense of being the ship’s chaplain, with a ministry to the whole community aboard. ‘The patterned nature of life aboard a ship makes it seem much more like a ‘religious community’ than a parish at home.’

‘A cruise chaplain needs to make himself visible on the decks and he also needs to be available,’ he explained. ‘One is ‘‘on show’’ every waking hour and likely to be approached by passengers as a ‘‘friendly face’’. I think it is wonderful for non-Catholic Christians to meet and interact socially with a Catholic priest, often for the first time. This can lead to good pastoral contacts and also to some very slight irritations (‘More tea Vicar?’ palls after a time!).’

Cruise ships have rightly been likened to small towns. The larger ones may carry up to 4,000 passengers and have a crew of a 1,000. On many cruise ships you’ll find everything from shops and bars to spas and nightclubs. And you can eat in numerous restaurants, some bearing the name of TV chefs such as Marco Pierre White or Saturday Morning Kitchen presenter James Martin.

‘The passengers are mostly retired people, many of them travelling alone. But there are also lots of families with children. There is something for everybody on a cruise and I can see why so many get bitten by the cruise bug. And yes I’ve got it too, even though for me it was work and at times very demanding,’ said Father Angelo Phillips, who describes himself as an active retired priest, helping out in parishes in the diocese of Leeds and on the Isle of Wight, where his sister lives.

His first cruise was around the Caribbean at Christmas 2010. Following a briefing from AoS, he flew out to Barbados, where he boarded the Ventura, one of P & O’s largest ships.

A cruise chaplain – classified as an ‘entertainer’ by shipping companies – is there primarily for the crew, not the passengers. Many of the crew on cruise ships are Catholic, often from the Philippines and India, and they are away at sea for long periods.

‘The crew miss their families a lot. They can receive low pay and rely on tips to make up their wages. They save most of what they earn to send back home,’ said Father Angelo.

One time, when a young Goan member of the crew heard that his father had died of a heart attack, Father Angelo said Mass for him and several of his friends attended. It’s small gestures like this, chaplains say, that makes their work on a cruise ship valuable. And if a cruise chaplain is concerned about anyone on board, he will often inform the AoS chaplain in the next port, so he can visit and offer help.

Entertainment is a big part of a cruise and Father Angelo has enjoyed meeting a number of famous faces, including comedian Tom O’Connor, Rabbi Lionel Blue and Ray Lewis, the former lead singer with The Drifters.
However, he has also witnessed another side to being on a cruise ship: coping with the unpredictable sea. When he served on the Oceana from Southampton to the Canary Islands, he got a taste of just how unpredictable and dangerous it can be.

‘We sailed away to the delightful voices of a local school choir singing carols and a band playing festive music on the quayside. But within a few hours we were caught up in a fierce storm as we headed through the English Channel towards the Bay of Biscay. Thirty feet waves tried to tear up the deck. The storm lasted for 48 hours. This was truly the cruel sea in action. This beautiful huge ship was bobbing in the ocean like a toy boat in a bath tub.’ He said, ‘Being a chaplain on a cruise ship is all about being present, just being seen around the ship. As the captain of the Ventura said to me,’ Father, just having you present on the ship gives us all reassurance that we have God’s blessing as we cruise from country to country.’

Father Gerard Fieldhouse Byrne, director of St Luke’s Centre in Manchester, which provides therapy for clergy and religious, made his fourth cruise as an AoS chaplain last Christmas.

‘Before I started as a chaplain I was told how important faith and having the sacraments is to the crew members, most of whom come from India and the Philippines. I was somewhat sceptical given what I knew of the busy workload for the men and women working on cruise ships,’ he said.

‘I have to say that I have never met such Gospel greedy people in any other aspect of my 18 years of pastoral ministry. Most of the men and women working on the cruises I have served on have been Roman Catholic and it is clear that this is more than just a cultural identity – they want to practice their faith and it clearly supports them during the long months away from home.

‘All this means that when they have a priest on board they truly welcome him as a spiritual father. I have felt so affirmed as a priest doing this specialised chaplaincy work that I am choosing to go back this Christmas because having a priest and the sacraments is so important in the lives of the crew that I cannot turn my back on it.’

Shift work can make it difficult for some of the crew to attend Mass. Chaplains often celebrate Mass in the crew mess late, down in the bowels of a ship, at night, after their evening shift ended. Even then, however, some of the crew are still on duty in the casino, bars and dance venues till the early hours of the morning.

Father Gerard added that despite the holiday atmosphere on board cruise ships, he has dealt with difficult pastoral situations.

‘I have had some of the most meaningful and significant pastoral encounters of my priestly life as an AoS chaplain. It is pastorally challenging given the complex and diverse context of passengers, entertainment crew, officers, and general crew members.

‘AoS chaplains are always mindful that we are there to serve all on the ship – regardless of creed. Personally I love this part of the ministry. It keeps me on my toes and makes me think about my ministry in new and challenging ways.’

« The Sweetness of Service
Witness for Today »