A Passion for Jesus and his People 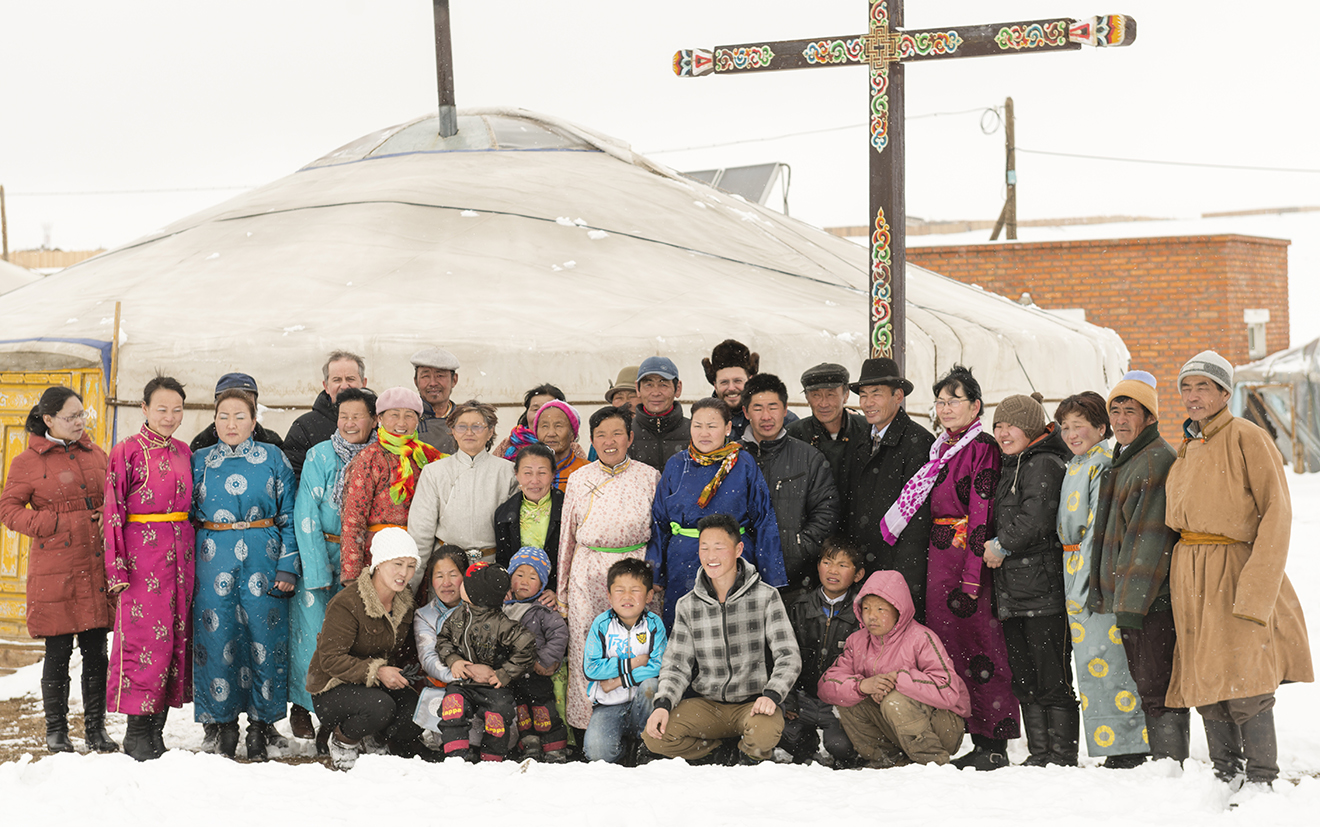 In 1992, Fr Wenceslao ‘Wens’ Padilla packed the warmest clothes he had and set off from his home country of the Philippines for the capital of Mongolia, Ulaanbaatar. His mission was to share God’s love with the people living in one of the harshest climates in the world, following the collapse of Communism. Today, he is the nation’s first and only bishop. His path to the priesthood, let alone becoming the first bishop of Mongolia, is an extraordinary story.

Throughout her son’s ordination in 1976, Wens Padilla’s mother had tears streaming down her face. The young man could not understand why she was so upset at what was his proudest moment. Of course, her tears were not of sorrow, but of joy. Unbeknown to him at the time, her deepest and most heartfelt prayers had been answered.

Until the day after his ordination, Wens knew nothing of a grave illness that struck him as an infant. In the earliest stages of his life, a reaction to breast milk left him practically at death’s door. So dire were the circumstances that his parents took him on a pilgrimage where they made a desperate plea. ‘They offered me to God saying, if I ever got healed, God could do anything He pleases with me,’ Bishop Wens explains. At his ordination it was clear that prayer had been answered.

Bishop Wens believes that his calling to the priesthood is a ‘miracle’, given he had no knowledge of his early brush with death and his parents’ extraordinary prayers. ‘With all these trials, that is why I say it is a gift, really a gift, to be called a priest,’ he says.

Surprisingly, as a child growing up in the Philippines, there was nothing about Wens that gave any insight into what lay ahead. Like many young children, Wens was a troublemaker! When he wasn’t fighting with his brothers and sisters, he would pick on the smaller children in the neighbourhood and, if they were bigger, he’d throw stones. Such was the extent of his mischief that his grandmother called him ‘Lucifer’! By his third year of theology study in the seminary, though, Wens says that he had become her favourite.

Nearly four decades later, Bishop Wenceslao Padilla now presides over the apostolic prefecture of Mongolia, the world’s youngest Catholic Church. As a member of the Congregation of the Immaculate Heart of Mary, he served for fifteen years as the first non-European provincial superior for Taiwan, Hong Kong and Singapore. He was an ideal candidate to lead the small team of missionary priests heading to Mongolia.

Operating out of merely a hotel room, the three men celebrated Mass with one another, until expatriates began attending. Eventually, they in turn brought their Mongolian friends and, before long, the first Catholic Church building was constructed, supported by Missio.

During his first years in Mongolia, Bishop Wens worked hard to understand the needs of the people, which led to the establishment of several initiatives to help those in need. These included a care centre for children who were homeless, schools, medical centres, libraries, as well as vocational skills and income generation training centres. ‘All cater for the very poor,’ says Bishop Wens, ‘those who have no clothes to wear, no food, no family.’
Twenty three years since arriving in Mongolia, despite the impressive growth of the Catholic Church in the country, Bishop Wens is very aware of the challenges that still lie ahead. Sadly, poverty remains rife and the bitter cold brings extra problems to those living in poverty, trying to remain warm.

The outreach of dedicated missionaries like Bishop Wens involves faith and action. As Pope Francis reminds us in his message for this year’s World Mission Sunday, ‘mission is at once a passion for Jesus and a passion for his people’. This passion is exactly what drives Bishop Wens and the work of the missionaries he works alongside. With the help of local catechists, they are reaching out, sharing the Catholic faith with the Mongolian people in a way that is relevant and meaningful to their own culture. Every year, more and more Mongolians hear the Good News of Jesus Christ, and welcome Jesus into their lives.

Gantulga’s family is just one example of people whose lives have been dramatically transformed thanks to missionaries sharing God’s love. Gantulga, his wife Uurtsaikh and their children live in the rural town of Arvaiheer, 300 miles from Mongolia’s capital city.

The family first learned about the Catholic Church when they moved to Arvaiheer ten years ago. The family was seeking refuge after tragically losing all their livestock and therefore, their livelihood, due to freezing conditions. They were one of a very few families who were given a new home by the Catholic Church – a traditional Mongolian tent, called a ger.

While Uurtsaikh and the children starting attending activities run by the church, Gantulga was haunted by his alcohol addiction and destructive behaviour. Sadly in Mongolia, alcoholism, domestic abuse and extreme poverty is widespread.

Seeing the changes in his wife’s behaviour, Gantulga was inspired to learn about the Catholic faith and started going to church with Uurtsaikh and their children.

Gantulga was baptised at Easter two years ago, and ever since he has seen drastic changes in his own life. Today, he not only believes he is a better father and husband, he has also emerged as a leader in the community, reaching out to others in need.

‘I can see a difference between my life before being baptised and afterwards. It’s a concrete example of how life can change when we meet with Jesus. Before in my life, I made a lot of mistakes. I was addicted to alcohol and I also had some problems with violence. When I started going to church and feeling how God’s mercy reaches me, I felt that I had to receive baptism. Now I can say I am a better father and a better husband because I have received God’s mercy and can be merciful to others.’

Through the Catholic Church, a real community spirit has developed among the people in Arvaiheer. On Sundays young and old gather in the traditional ger church, sharing their faith with one another.
Gantulga explains, ‘There is a positive influence of the Church here in this whole community. There is more joy and happiness around us and there has been a big change for the better in the lives of many people.’

In order to share God’s love, Bishop Wens and his fellow missionaries rely on the worldwide Catholic family, through the Pope’s own charity for overseas mission, Missio. He is incredibly grateful for this support and says, ‘Although I’ve seen many Mongolians come to know Christ, there are still so many more that need to be reached. I want to continue reaching out to the poor and am grateful for the love and support of our sisters and brothers in England and Wales.’