Sponsored Swim for Prisoners – WE DID IT!

Alive Publishing > Bible Alive Articles > Sponsored Swim for Prisoners – WE DID IT! 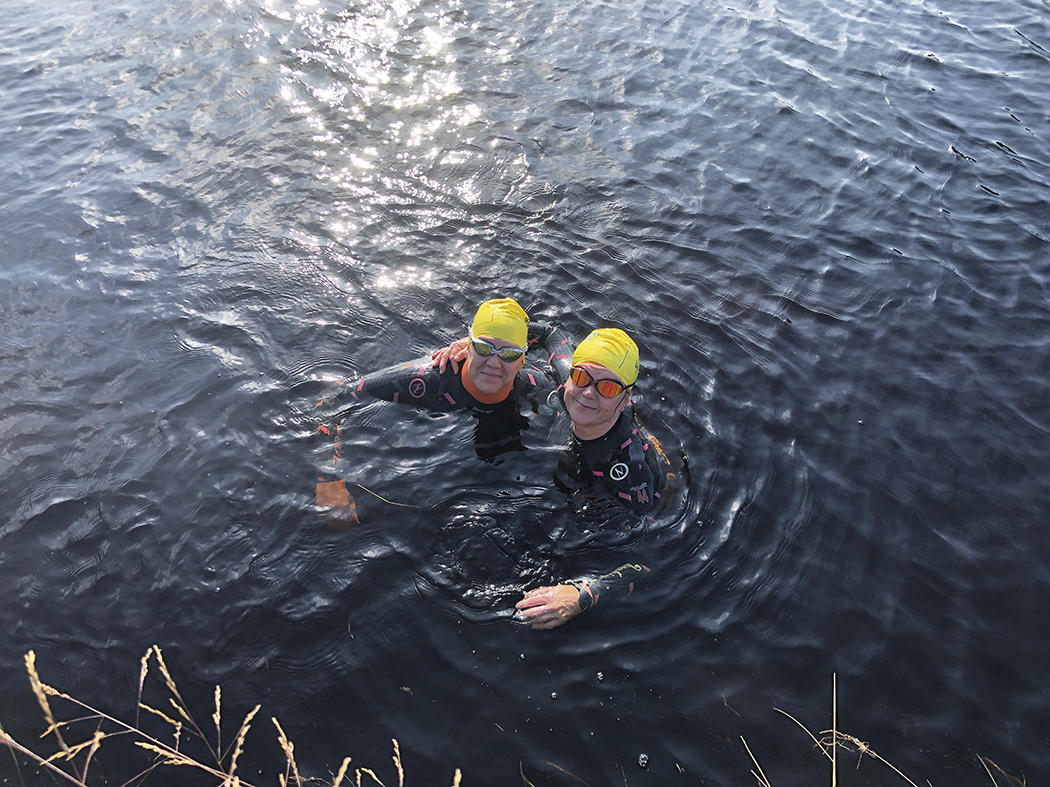 Huge congratulations to Nicky and Ingrid for completing their river swim challenge on behalf of International Prison Outreach. It was gruelling, it was brutal, it was freezing and at times they wanted to give up but they kept on going! We salute them, our brave and courageous fundraisers! Read all about it!

The mission to raise funds and awareness for the work IPO delivers inspired Ingrid and myself to complete our biggest challenge yet.

No sooner had we arrived in Scotland the day before, when we were told the start time had been brought forward to early morning as weather conditions were likely to deteriorate later in the day. So we hastily brought forward our acclimatisation and plunged, without wetsuits, into the icy waters that are Loch Insh for a quick evening dip. After a shower we watched the evening sun set slowly as it shimmered across the loch as we stored as many calories as we could. Not much sleep as we pondered what lay ahead the following day.

The early start meant a 5am alarm call. Eating porridge at that time of day is never easy, much less so when it was on top of the previous night’s substantial three course intake. The start time had been brought forward, our acclimatisation too, but the third element, namely the bus to take swimmers to the start, had not. So our supportive husbands drove us to the registration point at Kingussie High School, where a lady who had got out of bed at 1.30am to drive the 100 plus miles from Glasgow, was leaning against her car with a clipboard ready to tick the names of the other 100 plus souls .

The queue to complete the registration formalities meant we were already shivering wildly as we made the short walk to the water for the start. Having donned our wetsuits and still covered in irritating bites following a training swim a week earlier, we tried, somewhat in vain, to distract ourselves with the beautiful views afforded by the Scottish Highlands as we immersed ourselves in water which boasted a temperature of 13 degrees. Further painful but necessary acclimatisation then ensued before the off.

The water was fresh but peaty; it looked like coffee and what lurked beneath the surface was not easily visible. We had been told to look out for debris but after my first encounter with something sharp, we just had to have faith, warning each other as we journeyed along the River Spey.

After completing 4 of the 10 kilometres, we hauled ourselves out of the water and with my frozen hands, as Ingrid’s were dripping with blood, I shakily opened our box of jelly babies and immediately wished we had put more in. Ingrid stoically ignored her bleeding fingers, believing the cold water would prevent any excessive haemorrhage. Cooling down fast, we eased ourselves back into the river and put our faces painfully back into the river and were mightily glad to be wearing 2 swim hats each.

So remote and with no-one else around, cramp set in shortly before the 6.7k mark where our husbands, keen to be involved after getting up at 5am, were manning a further feeding station. We smiled briefly through gritted teeth and ploughed on before the cramp got worse They reported 2 swimmers retired hurt with cold, some were shivering so badly that they could not speak. We were so glad we had trained in the North Sea leading up to the event, though that now seemed very warm.

As the swim progressed, the river became more challenging with every twist and turn; it felt like the loch and site of the finish line was never going to appear. Time to dig deep and focus. Focus on breathing, focus on efficiency AND focus on IPO. After what seemed an eternity we saw the Boathouse above the beach – the end was in sight. Over sandbanks, through weeds and across choppy waters to the beach where we have never been so grateful to stand up. Mission IPO accomplished!!

The lady who had got up at 1.30am was waiting to put commemorative medals round our necks, which was a challenge in itself as we were now shivering more wildly than at the start with no feeling in hands, feet or face. Feeling dazed but elated with the success of the mission, we exchanged a quick hug and then went off to defrost.

In the evening the sun set slowly across the loch as it had the night before, and we stowed as many calories again as we had done previously, but with the IPO mission successfully completed. We toasted our success with ‘something local’ and slept soundly, not having to ponder what lay ahead.

You can still help and donate now by visiting our Just Giving page: https://www.justgiving.com/alivepublishinglimited

« St John Henry Newman: Our Heavenly Friends
Taming of a Villain – A Message of Hope »