Taming of a Villain – A Message of Hope 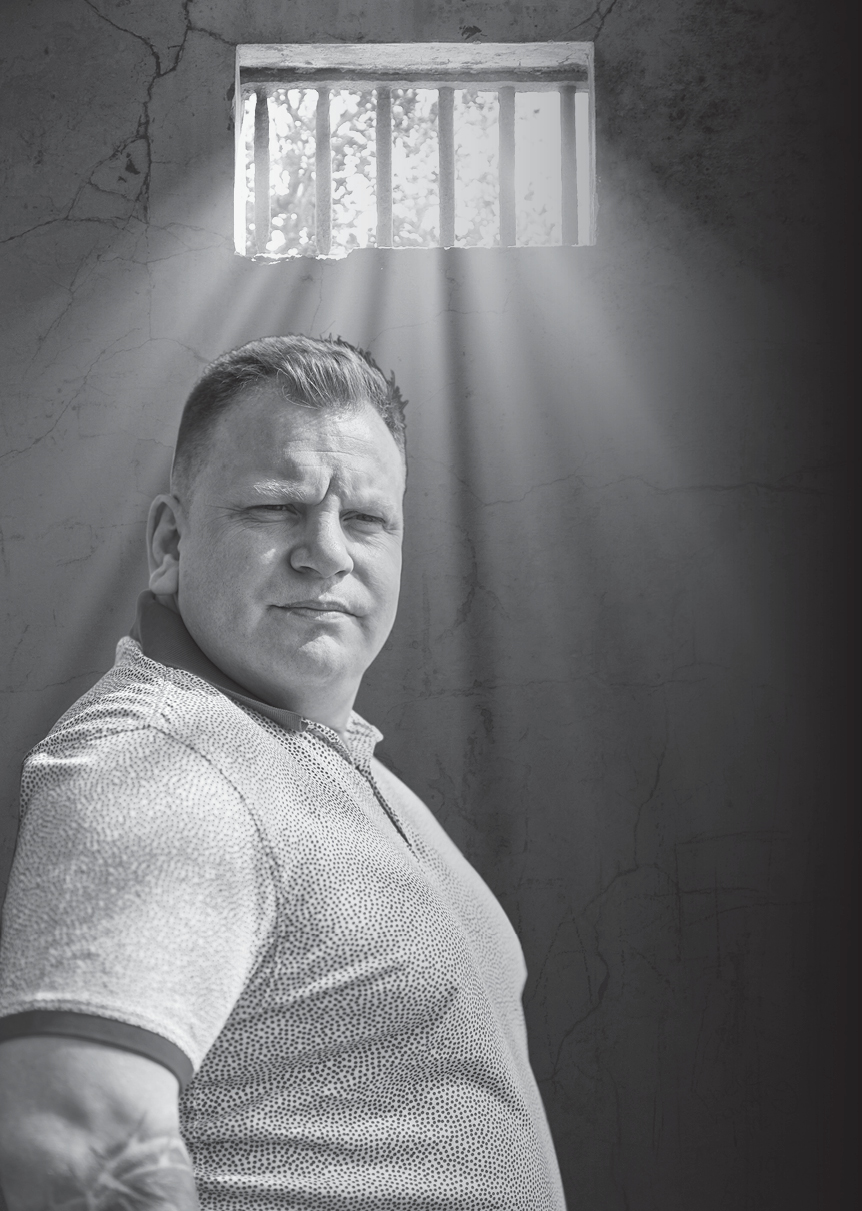 An ex-prisoner tells Joanna Moorhead the extraordinary story of how he turned his life around.

Not long ago, Allen Langham received a message from the police officer he served time for assaulting during a late-night brawl.

‘Allen,’ the message read, ‘I want to say how in awe I am of how you’ve turned your life around.’ The past, he said, was ‘all water under the bridge’ as far as he was concerned.

For Allen, 41, this was far from an isolated incident. On the day we meet he’s just been to a local prison to talk about how he can best support prisoners – and while he was there he realised one of the officers he was chatting to had been on the wing where he was once banged-up. ‘It’s all a bit surreal sometimes,’ he says. ‘Another time I was at a wedding and the bridegroom, who was a police officer, sought me out to tell me I was an inspiration. I had to pinch myself: I’m an ex-con, a thief, a former criminal gangster, a one-time addict. And also: an inspiration.’

We’re meeting in a cafe in Doncaster, the town where Allen was born and raised in desperately difficult circumstances. Like so many people who end up at the wrong end of the criminal justice system, life dealt him a tough hand from the very start, as he explains in his newly-published autobiography. ‘My dad walked out when I was eight months old – the story in our family is that he stepped over me on the bedroom floor as he went,’ says Allen. ‘I’ve been haunted by that all my life.’

His mother suffered from depression and mood swings – she would hit her son with an implement known in the family as the ‘Allen stick’. There were several incidents of sexual abuse, and there are events during his childhood that he says now he can’t recall, that he’s blanked out in order to survive. Amidst all this trauma, the one good thing in his life was rugby league: he was encouraged to take up the sport by a teacher at school, and quickly excelled as a prop forward.

And then, when he was 14 years old, he heard a scream from downstairs – his sister had discovered their mother dead on the sofa; she’d suffered a brain haemorrhage. ‘That was a huge blow,’ he says. Having already suffered physical, sexual and emotional abuse at various points in his life, he was now bounced between his two sisters who tried their best to look after him. But his mum’s death felt like the final straw. ‘Up to that point, I’d hung around with kids who were taking drugs and nicking things, but I kept away from crime,’ he says. ‘But after that, I was in there with all the drugs and fighting, and the nicking stuff and the sleeping around.’

He managed to keep his rugby going though, and at 17 his life seemed on the brink of a turnaround: he was signed a professional contract to play for Sheffield Eagles. ‘It was the chance of real change,’ he remembers. But things weren’t going well on other fronts: soon afterwards he was expelled from school, and then at 18 he assaulted someone he thought his girlfriend had been sleeping with, and was sent to prison. ‘I wanted to be this tough kid, but I remember crying my eyes out as soon as they took me down to the cells,’ he says. Jail, unsurprisingly, was about to make things a whole lot worse. ‘I took heroin for the first time when I was inside, and of course I was around really hardened criminals. I learned how to commit fraud, how to steal on a bigger scale than I was already doing. It was a slippery slope to a life of crime.’

Added to which, his contract with Sheffield Eagles was cancelled. ‘It felt like the end of everything, before my life had even begun,’ says Allen. ‘I came out of prison and started dealing in soft drugs. My girlfriend got pregnant, and for a while I was off heroin and getting back into rugby.’ But then, in 2013, came a new disaster. ‘There was a domestic incident and I was accused of taking my ex-partner hostage and trying to kidnap my son,’ says Allen. ‘That wasn’t what happened, but it was what I was accused of, and I realised I’d reached rock bottom. I knew I couldn’t face another prison sentence, and I knew this might be a long one. I was thinking seriously about taking my own life.’

The only place he had ever found solace in prison was in the chapel, and one day at bible study group they prayed for absent fathers. It brought a lot to the surface for Allen; and later, alone in his cell, he found himself looking out of the barred window, as he had so often before, at the pigeons. ‘There were always pigeons there,’ he says. ‘But this time I said to God: if you’re truly there, replace the pigeons with a white one.’ And the next morning, I went to the window and found a dove sitting there on the ledge. I knew, absolutely and totally, that God had sent him to me.’

From that moment on, everything changed for Allen. ‘I was full of rage, and I knew why I was full of rage – and now I took all that rage and I laid it at the foot of the cross, at Jesus’ feet,’ he says. ‘It made me feel like a new man, a different man.’ A few days later, out of the blue, the charges against him were dropped, and he was released from prison. ‘The first thing I did was to go to the pub,’ he says. ‘But on the following Sunday, I went to church – the first time in my life that I’d been to a church service outside of prison.’

It was the backbone of a major turnaround: within a few months his eldest daughter, who had been absent from his life for many years and was now 14, moved in to live with him; and he embarked on a course to be a personal trainer. ‘Suddenly the people around me started to see me in a new light,’ he says. ‘I was squeezing myself out of my old life, keeping away from people I’d known as a criminal, and finding a new way forward.’ Four years ago he set up a fitness business – and though it was successful, he’s now decided to switch his focus to helping people who were where he was a few years ago – prisoners, who are maybe feeling at rock bottom just as he was. His organisation, Steps to Freedom, will provide mentors for prisoners and run solidarity projects in prisons. And though Allen never did get the chance to play professional rugby, he’s now sports chaplain for Doncaster Rugby League, and says his dream is to be Everton chaplain.

One of the main things Christianity gave him, he says in his recently-published autobiography, was perseverance. ‘I’ve got an extra bit of fight, as a Christian,’ he says. ‘Allowing others into your life who speak the truth and who hold us accountable is paramount to being a Christian.’ Being accountable, honest, open, humble and trusting are character traits he believes are alien to people from his background. ‘It’s taken time, and the grace of God, for me to learn to trust others, especially men.’

Today, he’s open to whatever lies ahead. ‘I’m waiting to find out what the Lord has in mind,’ he says. ‘And meanwhile, I’m the guy who has coffee with policemen he once assaulted.’

Taming of a Villain: A Message of Hope by Allen Langham is published by Lion Hudson (£11.99)

« Sponsored Swim for Prisoners – WE DID IT!
Welcoming the Newborn Christ in a Leper Colony »